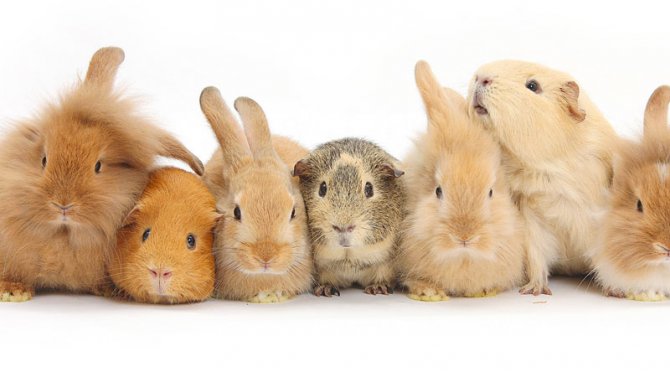 Although Guinea Pigs and Rabbits are apart of different species, it’s not uncommon to see a food advertising that it is suitable for both Rabbits and Guinea Pigs. However, there’s small differences between the two animals that can cause fatalities if they eat one another’s food long-term.

What makes Guinea Pigs and Rabbits so different?

Rabbits can synthesise vitamin C so don’t need the supplements added to their diet as an excess of the vitamin within their diets can cause serious kidney damage. On the other hand, Guinea Pigs – like Humans – are unable to synthesise vitamin C themselves so need to consume additional food with the vitamin to prevent problems starting for them, like scurvy. This highlights the importance of making sure Guinea Pigs and Rabbits aren’t fed one another’s food.

Symptoms for scurvy include:

What should Guinea Pigs eat?

Guinea Pig’s digestive tract is designed to process and digest large amounts of fibre, therefore Hay and/or Straw should make up the majority of a Guinea Pig’s diet and should be in an unlimited supply for the animal. In addition to this, ⅛ of a cup of Guinea Pig pellets – that has a minimum of 18% crude fibre – should be fed with added fresh vegetables as a supplement. About 1 cup of vegetables can be fed every day per Guinea Pig – this should be leafy greens or fresh vegetables with carrots, zucchini or sweet potato added once or twice a week. Due to the high levels of sugar in fruit, fruit should only be fed once or twice a week as a treat or in smaller pieces daily to try and prevent the overgrowth of ‘bad’ bacteria.

Vegetables and leafy greens that can be fed include: 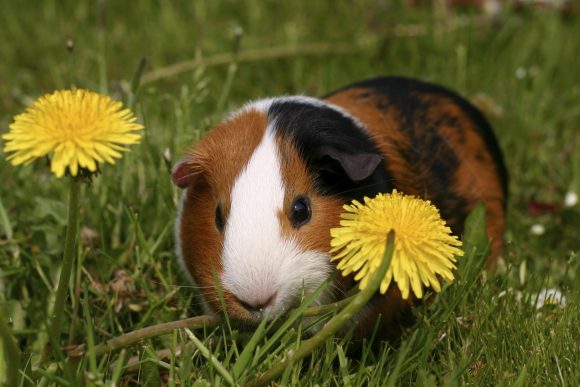